We attended the site to find a concrete slab and a small hole.

With pearing into the small hole we were a little concerned to find half the floor surrounding the area had been undermined and was no longer supporting anything. This included a corner of the building. 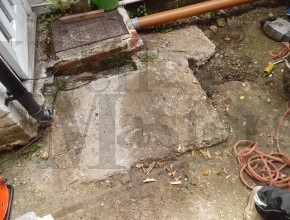 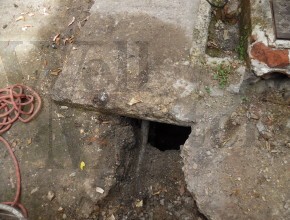 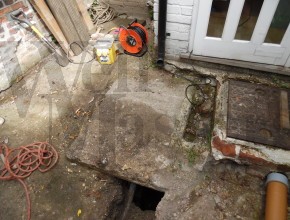 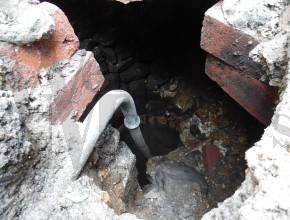 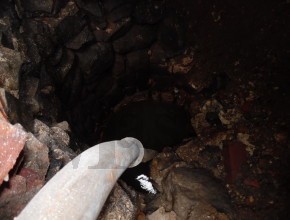 First thing was to remove the concrete slab to see the extent of the damage and how best to rectify the situation. 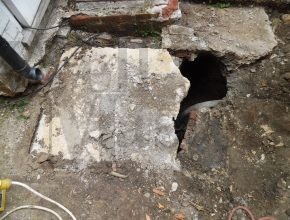 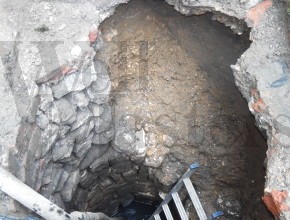 It would seem the drain next to the well had been leaking over many many years which had caused the collapse but the pipe was repaired a few years ago and the extent of the damage below was unknown until a builder came in to do some landscaping and found the hole. 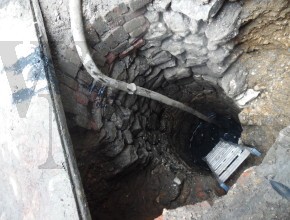 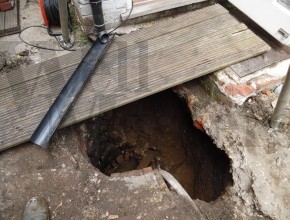 This was a little challenging as the well is located in a very small courtyard with no access to a garden or drain without going through the house. We struggled with pumping the water away as it was extremely silty and if we pumped it down the drain it would have blocked up in a matter of minutes. The drain was a very slow flowing one also which did not help us. 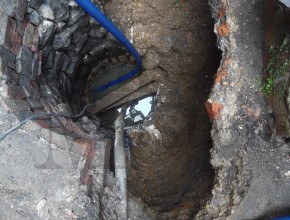 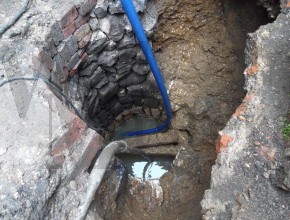 We did however bring our silt removal filters and that really helped so we could at least start cleaning but the water was coming into the well at a very good rate.

Unfortunately for us there was much in the way of decomposed sewage from 50+ years ago which gave an awful smell but we soon had it all out and the chalks and flint block retrieved from the bottom of the well. 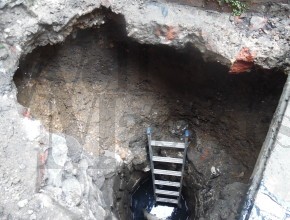 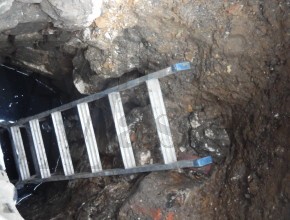 Once we had everything in place ready we started to rebuild the well walls and instead of placing them and wedging small stones in to stop them falling out which had been done in the first place we put them in an interlocked pattern so the more weight put from the outside would only make it stronger.

After a good clean it was pretty hard to tell that is had even collapsed in the first place. 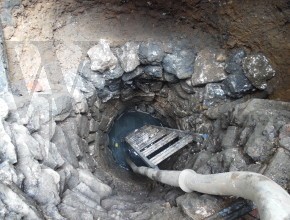 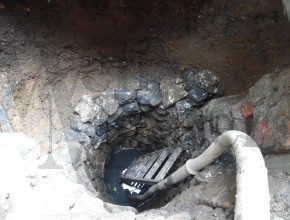 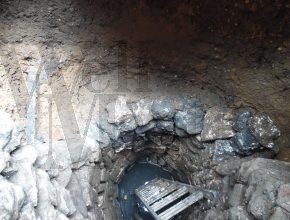 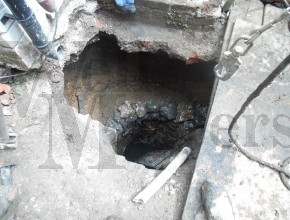 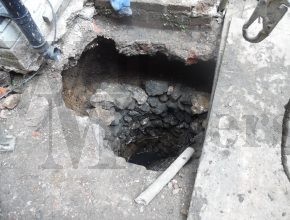 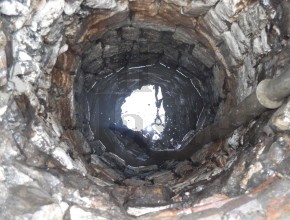 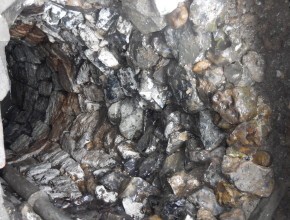 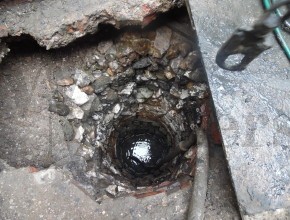 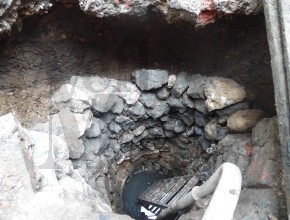 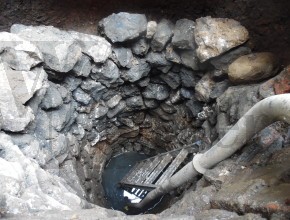 Unfortunately we were a little short and are awaiting the client to source some more flints of that size. We were going to use smaller flints which we had but after discussions we decided full size flints would look much better in the long run.